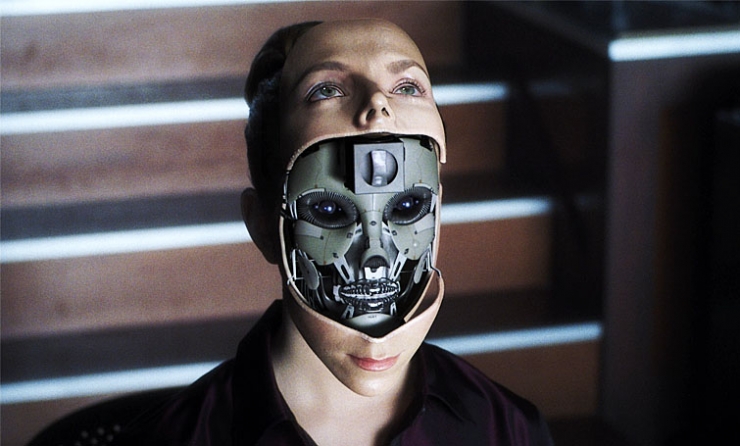 As some of you know, I do a couple of talks under the title of Sex with Robots. These talks are not about sex with robots specifically, but about our evolving relationship to technology and our growing estrangement from both ourselves and each other.

I point out how the best source for imagining the future has been the arts/entertainment with special reference to science fiction. This suggests the absolute necessity of imagination, creativity, and playfulness in anticipating the future whether you’re an amateur or a professional foresight strategist. 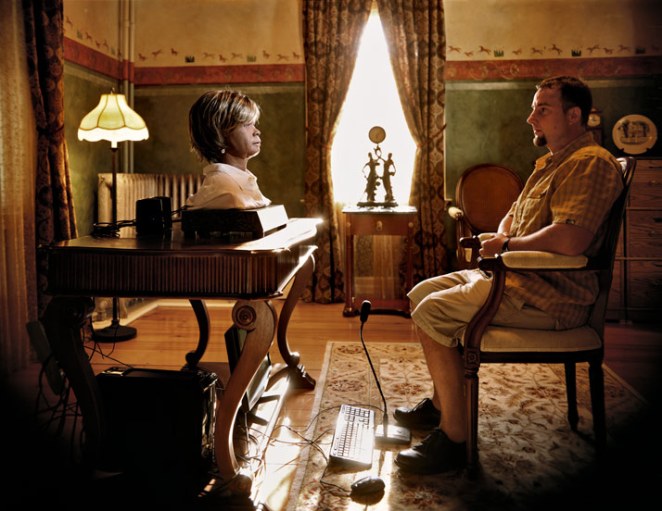 Photograph by Max Aguilera-Hellweg
Nick Mayer, of the LifeNaut project in Vermont, sits down for a chat with the robotic head Bina48. Hanson Robotics created the talkative humanoid in the image of Bina Rothblatt, the co-founder of LifeNaut, which is exploring robot-human fusion as a technological path to immortality.

Let’s think about two emerging developments and where they might lead us. First, The development of technology that will mimic human skin. This could be a wonderful technology for those with artificial limbs. Imagine adding an artificial limb that “feels” through nanoscale sensors that send messages to the brain. On the other side, imagine adding this “skin” to androids. Will it come to pass that future robots, garbed in human-like skin, will be able to feel?

Second, We’ve all heard of those people that fall in love with objects, like Erika La Tour Eiffel who married the Eiffel Tower. But that’s just the odd person here and there, right?

Here are some questions to provoke your thinking.

Give these questions a shot. Remember, loosen up and have fun. Only the future is at stake.