Are Apes Smarter than Humans?

I have argued often over the past 20 years that the central question of the 21st century is, What does it mean to be human?

This question is pressed from three sides: 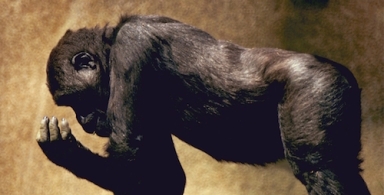 A recent article titled, Are Humans Definitely Smarter Than Apes?, Frans de Waal, author of Are We Smart Enough to Know How Smart Animals Are, is an example of the second — our growing understanding of other animals.

De Waal’s article has fascinating anecdotes that demonstrate how smart nonhuman animals can be.

Take the young male chimpanzee named Ayuma who surpasses human abilities in the memory recall of a series of numbers. De Waal tells us that the chimp almost doubled his own efforts at the same task.

The article is also an insightful look into the mind and worldview of our increasingly secular and materialistic age. De Waal discloses his bias as someone who is “actively trying not to make humanity the measure of all things.”  Additionally, the author writes that no modern scholar would dare suggest divine intervention as a theory for the emergence of the human species.

But he goes beyond this to challenge those scholars who continue to see a major difference between human intelligence and the intelligence of any and all other animals.

His thinking, perhaps due to the closed mindedness of his discipline, cannot tolerate those who think differently. He does not — or perhaps, cannot —  entertain the idea that perhaps there  are  major differences between human capacity and the capacity of other animals.

A central issue for de Waal is one of continuity versus discontinuity.

Discontinuity, the idea that there is an abrupt distinction between the human and the animal, is essentially a pre-evolutionary idea.

Continuity understands the human to be an animal alongside the other animals.

Discontinuity grants to humans an exceptional status. Continuity flattens the status of humans to a spectrum on which we are smarter than the other animals in some ways and less so in others.

This is the point in the article that most fascinates me about primates. The article is written by a primate who insists that he is not smarter than the other primates.

Well, ok, I guess. If that makes him feel better.

Still, there are many points of agreement:

But the article comes across as someone trying too hard to reduce the differences between the primate called human and everything else. The anti-religious bent behind this is hard to deny.

The author is right to provoke us towards deeper thinking about our place in the world. 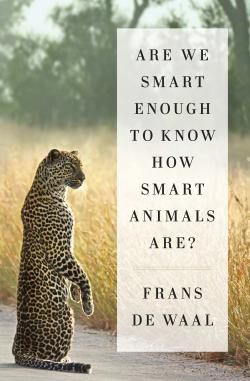 But let’s not stop at the question asked in the title of Franz de Waal’s book:  Are We Smart Enough to Know How Smart Animals Are?

Let’s add the question, Are We Smart Enough to Know How Smart the Human Animal Is?

By de Waal’s own admission, in his world of scholarship, where the thinking is homogenous and conformity is expected, we’re getting less smart as we go.

As we move away from an anthropocentric view of the world, will we increasingly anthropomorphize the other animals and make them in our image? De Waal doesn’t go that far, and his main point is different.

But, the similarity of worldview is clear. They wish to remove Man from the pedestal.

But as they remove one idol from the pedestal, what will replace it?

And there is where our question comes once again to the forefront: What does it mean to be human?